Alexander Dragonway, also known as simply Alex, is the Nephilim son of Amelia Dragonway and the Greater Demon Lucifer Morningstar. For years, Alexander was raised by his mother in the mundane world until her untimely death at the hands of demons.

Alexander has the youthful appearance of a young man in his late teens with black hair that he initially wore in a ponytail though he eventually cropped it. His facial features are clean-shaved while considered to be very handsome and warm with smooth russet skin described being "great" as he never suffered from zits or blemishes and chocolate brown eyes that possess noticeable gold flecks. When pleading with , she stated that his eyes made him look "like an adorable puppy". He is rather tall as he stands at 6'2" which tends to make him tower over many. Due to the vigorous training he underwent growing up, Alexander has a solid build with an lean but muscular and well-toned musculature which is evident by the broadness of his shoulders, . His voice is described as strong and confident as if he was always sure. Combined with his handsome looks and muscular body, he has earned a strong title for his good looks and is considered to be popular with the girls alongside a smile that described as "being charming and warm" though he sometimes intimidating that makes it difficult for those around to approach or talk to him. described him as "bearing himself with great dignity that, combined with his build, gave him an intense, commanding air that many find difficult to ignore. When she was close to him, Isabelle described him as having pleasantly strong earthly scent. The most noticeable part of him is the series of tattoo-like markings covering the right side of his upper torso. As a Nephilim, Alexander has a few traits that sets him apart from humans- a gentle golden glow sometimes surrounds his body whenever he feels intense, position emotions such as happiness. When angered or using his power, his iris glow a fiery red and the whites turn black which often gives him a semi-demonic appearance.. He also possesses a pair of large jet-black wings that grow out from his back described to be a never-ending black.

Alexander´s eyes when using his powers

Alexander's clothing style usually favors mature, dark clothing; black shirts, t-shirts, darkened jeans, motorcycle/combat boots and leather jackets though much of it was practical and allowed him to move around without much restriction. This was due to the possible potential of needing to fight at any given chance. He also favored other darker colors such as grey, dark blue and burgundy though he will sometimes wear lighter colors as well as dress in a more casual and comfortable yet trendy sense that features muscle shirts, v-neck shirts, button shirts, hoodies, sneakers and converse. For special occasions or formal events like dances, he will wear more formal clothing such as suits and tuxedos though he will tend to go more for dress shirts due to him disliking wearing "monkey-suits that constrict his movements". During training sessions, he wears more active wear

Alexander typically comes off as being the type of person with a laid-back yet reliable and strong personality who is able to remain calm and keep his cool under pressure in the most arduous and dangerous situations, even when provoked or angry. He has proven multiple times to have a great amount of patience as he does not allow rage to get the best of him whenever someone badmouths or insults him. One of his most memorable traits is his courage and toughness along with the ability to inspire confidence in those around him even in situations where people will usually give up hope. Due to his , he finds fighting to be boring . At the same time, he is quick to become excited at the possibility of fighting someone who could give him a challenge though he is also quick to grow bored if the opponent turns out to be weak.

Much to many people's surprise and embarrassment, he has an unusual view on the concept of modesty and often shows to have very little of it. He has no problem talking to others whether he is (or they) completely naked whether they are girls or other guys without showing any embarrassment. This shows he has no problem with others seeing him naked though this is due to the fact that he considers his body to be 'plain' and 'average' nor does he feel any discomfort discussing about sexual topics. Above all else, he treasures his relationships with those he manages to befriends as he will go out of his way to ensure that they are happy. This, along with several of his other traits, is said to be one of the reasons why people who are close to him like him. While Alexander doesn't come off as being the 'big brother' type, he gets along quite well with children who also love him in turn.

In spite of him being able to remain calm and cool-headed in most situations, there have been various moments where he has found himself becoming flustered and embarrassed. While Alexander is typically nice and friendly towards people, he has a scarier side that shows itself when anyone he has a relationship with is openly threatened and/or harmed.

Nephilim Physiology: As a Nephilim, Alexander has their physiology and possesses a variety of both physical and magical abilities greater than that of Downworlders, Shadowhunters, or lesser demons. As the son of a shadowhunter and the greater demon/fallen archangel Lucifer, his is considerably stronger than other Nephilim and is considered to be extremely powerful. The greater demon Lilith initially mistook Alexander for Lucifer when sensing his power. 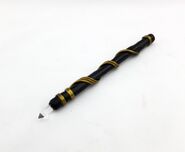 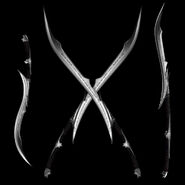 Alexander's only biological child is his daughter Bella who he accidentally conceived with Isabelle after one of their many sex sessions. Though initially uncertain about the child while she was still in Isabelle's womb which unintentionally gave off the impression that Alexander was uninterested in having the child, he quickly showed that he intended to be part of his daughters life as he didn't want Bella to grow up without a father in her life like he did.

When it comes to a relationship they have a friends with benifits situation which means when it comes to the bedroom there is no emotion nor attachments as it is simply about sex. This can end up becoming rather steamy/erotic and rough with scratches and bruises on both partners although no one else notices this due to the markings usually healing. However when it comes to outside the bedroom this is different. When it comes Isabelle, Alexander finds the Shadowhunter highly attractive in which his eyes will tend to wander and definitely has strong feelings for the her though this can be sometimes be purely based on lust while other times it can be romantic based but usually hides it. He is pretty friendly with her such as sometimes making a comment to get her to laugh and will even try her cooking despite her being a bad cook. He will sometimes act like a bodyguard of sorts and will step in if one were to get physically close to her. Along with many other females Isabelle finds Alexander hot and carnally irresistible which at times makes her impatient for them to get to the room and will notice him watching her at times, something she doesn't exactly mind and rather enjoys. Other then that she finds him to be a nice guy while appreciating his attempts to make her laugh and the times when he looks out for her.

Add a photo to this gallery
Retrieved from "https://fanonshadowhunters.fandom.com/wiki/Alexander_Dragonway_(Angels_and_Demons)?oldid=6056"
Community content is available under CC-BY-SA unless otherwise noted.